I'm So Excited That Tyreke Evans is a Memphis Tiger!

I'm So Excited That Tyreke Evans is a Memphis Tiger! Reelblack TV met with Chester B-ball phenom TYREKE EVANS, star of the new movie, Gunnin' For That #1 Spot. Directed by Adam Yauch of the Beastie Boys, it follows eight top-ranked High School Basketball players who are invited to play at the first ever "Elite 24" b-ball Tournament at Harlem's legendary Rucker Park. In theaters June 27. Visit www.gunninmovie.com for details.

Posted by Editor at 1:59 AM No comments:

Yes We Can! Senator Barack Obama can win in November!

Posted by Editor at 8:05 PM No comments:

Posted by Editor at 5:28 AM No comments:

Joey Dorsey is Ray Lewis With a Basketball!

Posted by Editor at 7:44 AM No comments:

It's NBA Draft Day Will Derrick Rose Go Number One?

It's NBA Draft Day Will Derrick Rose Go Number One? If so he will the first Memphis Tiger to go Number 1 in the NBA Draft!

Posted by Editor at 5:03 PM No comments: 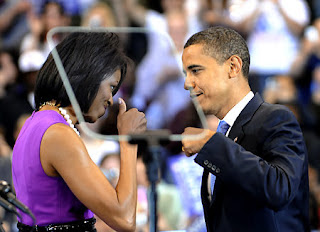 Pastor Stephen F. Smith
Posted by Editor at 4:40 AM No comments:

Labels: Anfernee Haraway, NBA, Penny, Penny Haraway, Would Penny Hardaway Have Been One of the NBA's Greatest Ever if He Didn't Have All of Those Injuries

Is Senator Barack Obama Just an Inadequate Black Male? Can You Believe the Level of Anger This Hillary Clinton Supporter Has?

Is Senator Barack Obama Just an Inadequate Black Male? Can You Believe the Level of Anger This Hillary Clinton Supporter Has? Clinton supporter, Harriet Christian, angry after Rules & Bylaws committee meeting on Florida and Michigan. She called Senator Barack Obama an inadequate black male! It really sounded like she might have wanted to call him something else didn’t it? Senator Barack Obama will still win the presidential race despite her seemingly racist ramblings! Ms. Christian, Senator McCain will not be the next President of The United States!

Posted by Editor at 5:12 PM No comments: